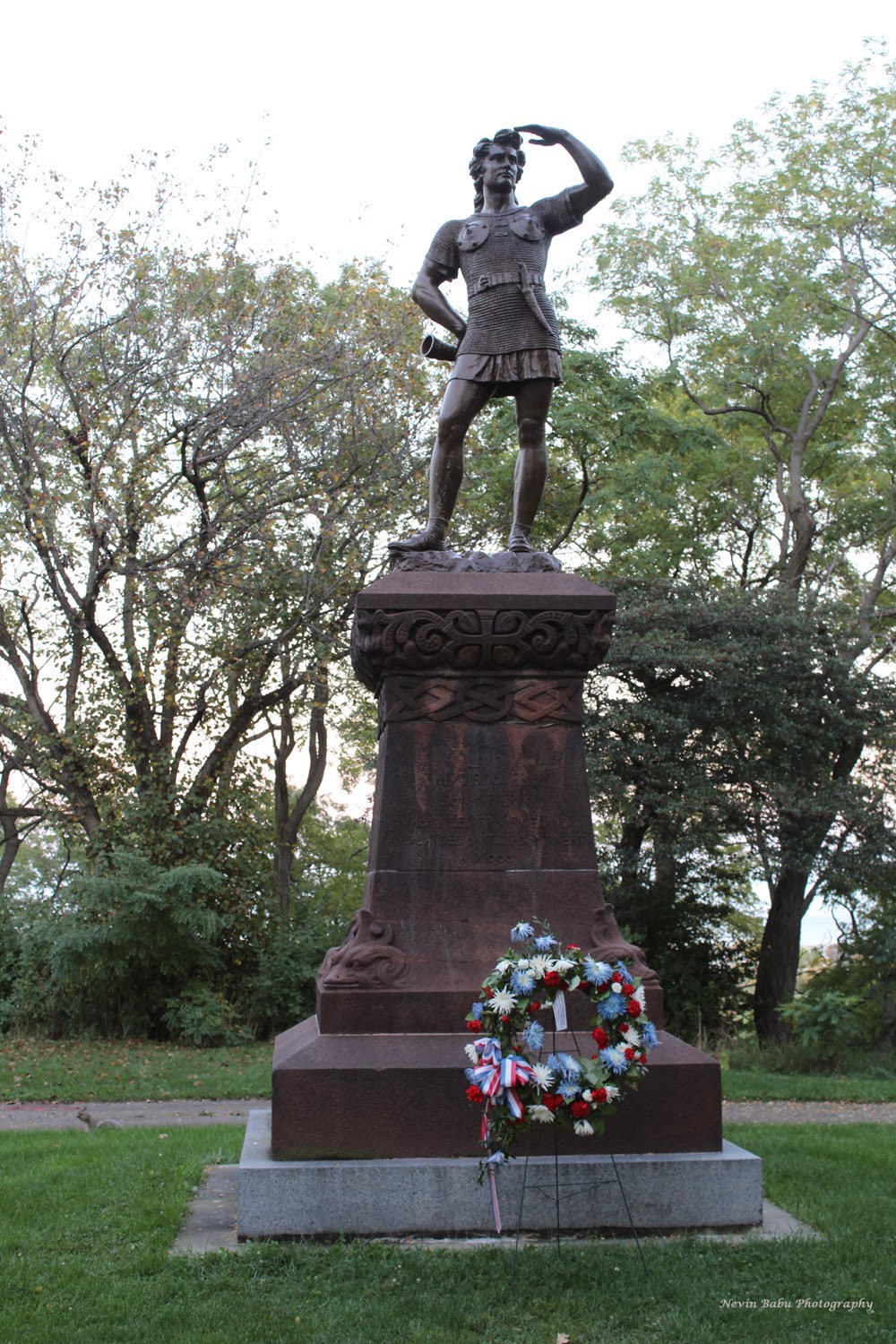 This statue was spotted at Milwaukee, Wisconsin, US and in it was engraved "Leif the discoverer son of Erik who sailed from Iceland and landed on this continent AD 1000". Leif Ericson was an explorer regarded as the first European to have landed in North America(excluding Greenland) nearly 500 years before Christopher Columbus.
Posted by Nevin at Sunday, December 15, 2013