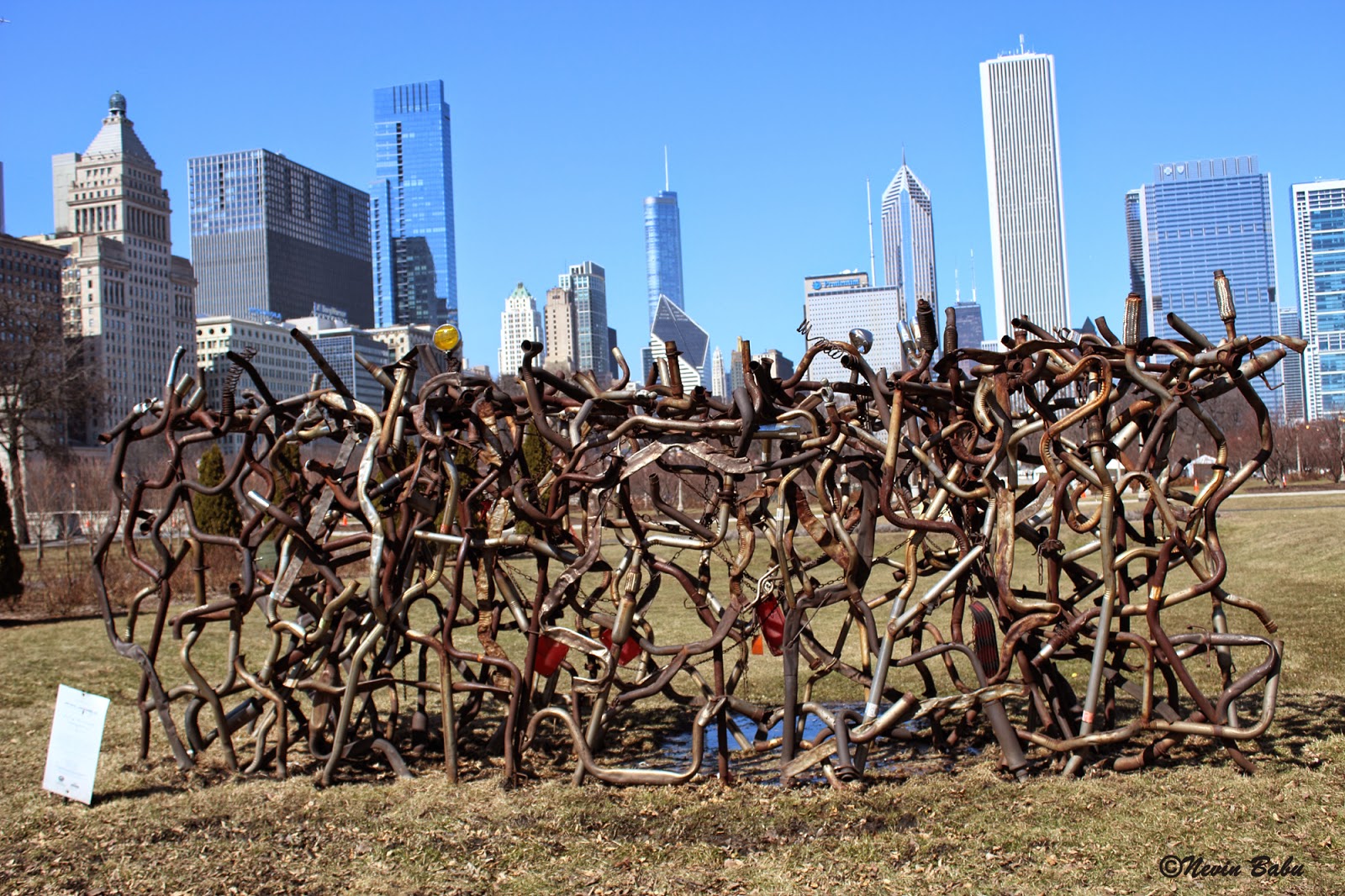 In 2006, Allstate Insurance Company sponsored the Artists and Automobiles exhibit in honor of the company’s 75th anniversary. The Public Art Program of the Chicago Department of Cultural Affairs partnered with the Chicago Park District to organize this show which highlighted the work of five artists. Allstate provided old car parts that the sculptors used to create the artworks. This is a garden feature composed of entwined mufflers, tailpipes, and headlights made by Lucy Slivinski.

This post is for A TO Z Challenge, where there will be a post every day in April except Sundays corresponding to each letter of the alphabet.
#POST1 #A