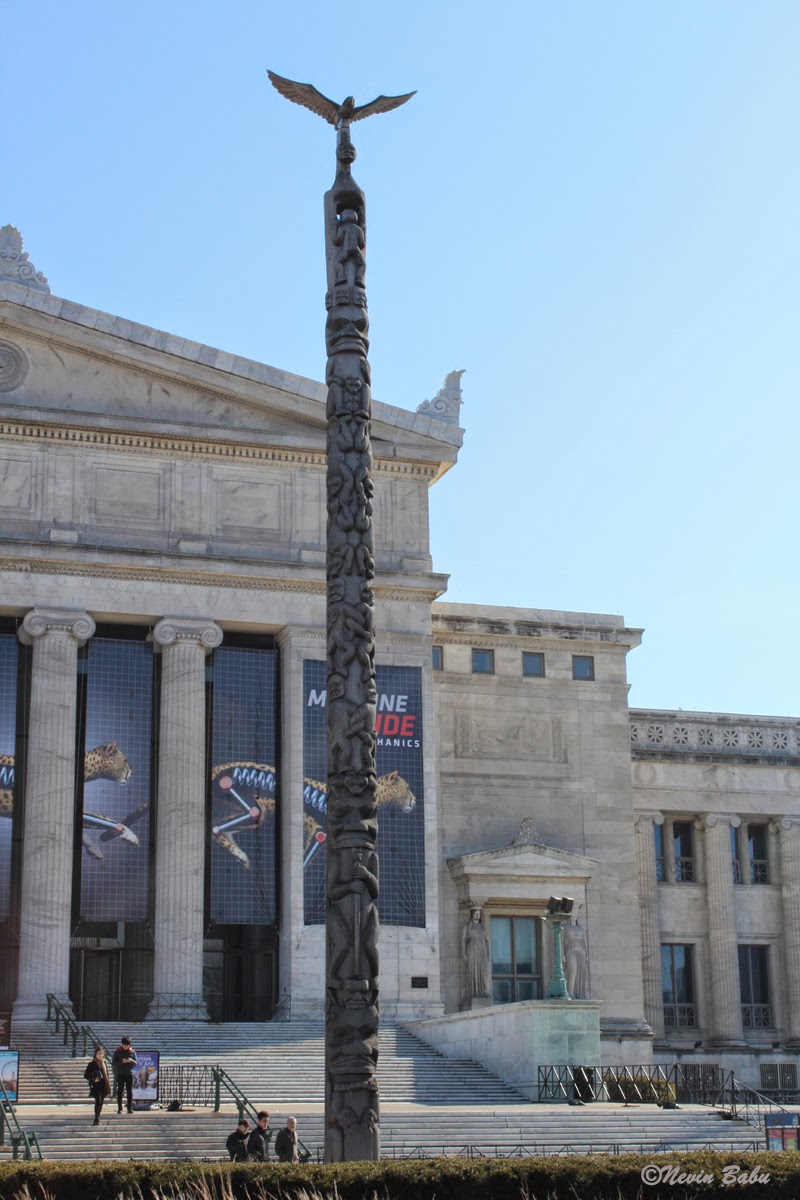 The Women’s Board of the Field Museum of Natural History commissioned the Big Beaver Totem Pole in honor of a permanent exhibit about the Maritime Peoples of the Arctic and Northwest Coast which opened in 1982. Norman Tait, a member of the Nishga’a Band, Tsimshian Tribe of British Columbia, carved the totem pole. Tait’s Chicago totem pole was his first permanent installation in the Americas. The fifty-five-foot-tall monument explains Tait’s family ancestry and the origin of the beaver as its clan symbol. It depicts a legend in which five brothers go on a beaver hunt. The youngest brother discovers the spiritual powers of beavers and helps two of them escape.

This post is for A TO Z Challenge, where there will be a post every day in April except Sundays corresponding to each letter of the alphabet.
#POST2 #B