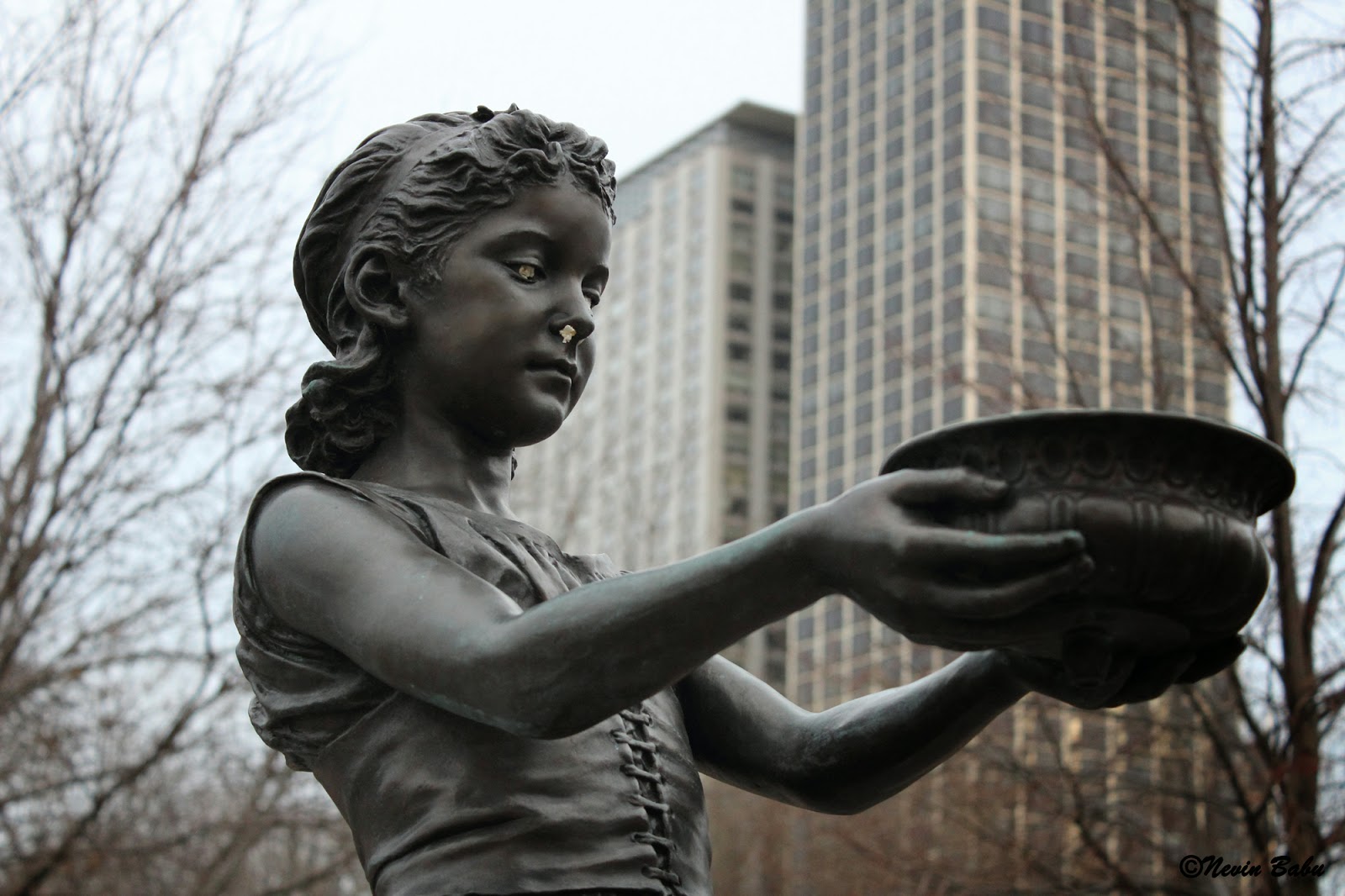 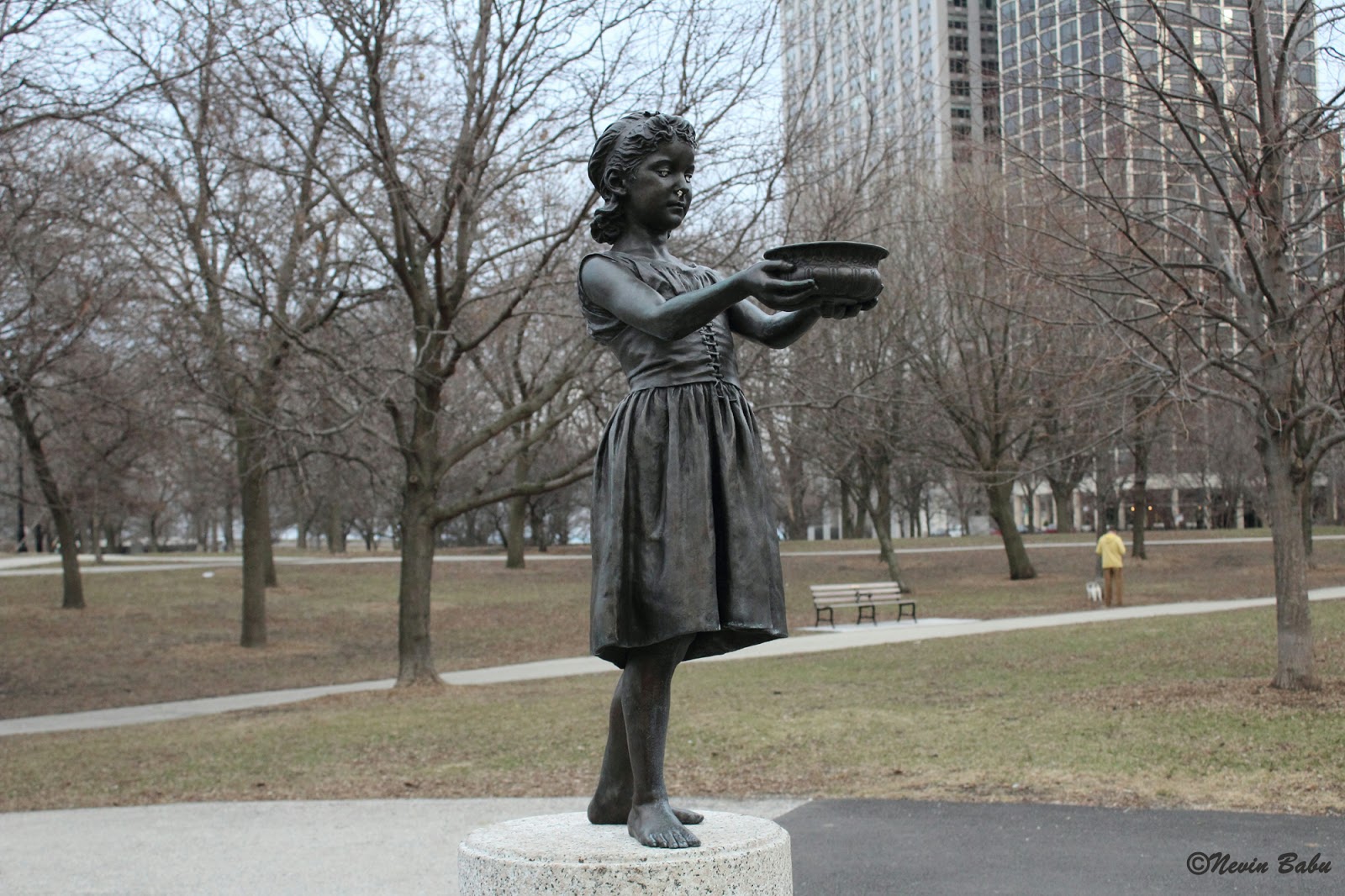 This bronze sculpture called Fountain girl is located in the Lincoln Park, Chicago. The original structure was sculpted in 1893 by English artist George Wade. The bronze figure was stolen in the late 1950s and never recovered, although its stone base has remained intact over the years. On Oct 2013, a new version of the statue was officially welcomed back by the Chicago Park District during an unveiling ceremony at the gateway to the park just east of the Chicago History Museum.

This post is for A TO Z Challenge, where there will be a post every day in April except Sundays corresponding to each letter of the alphabet.
#POST6 #F