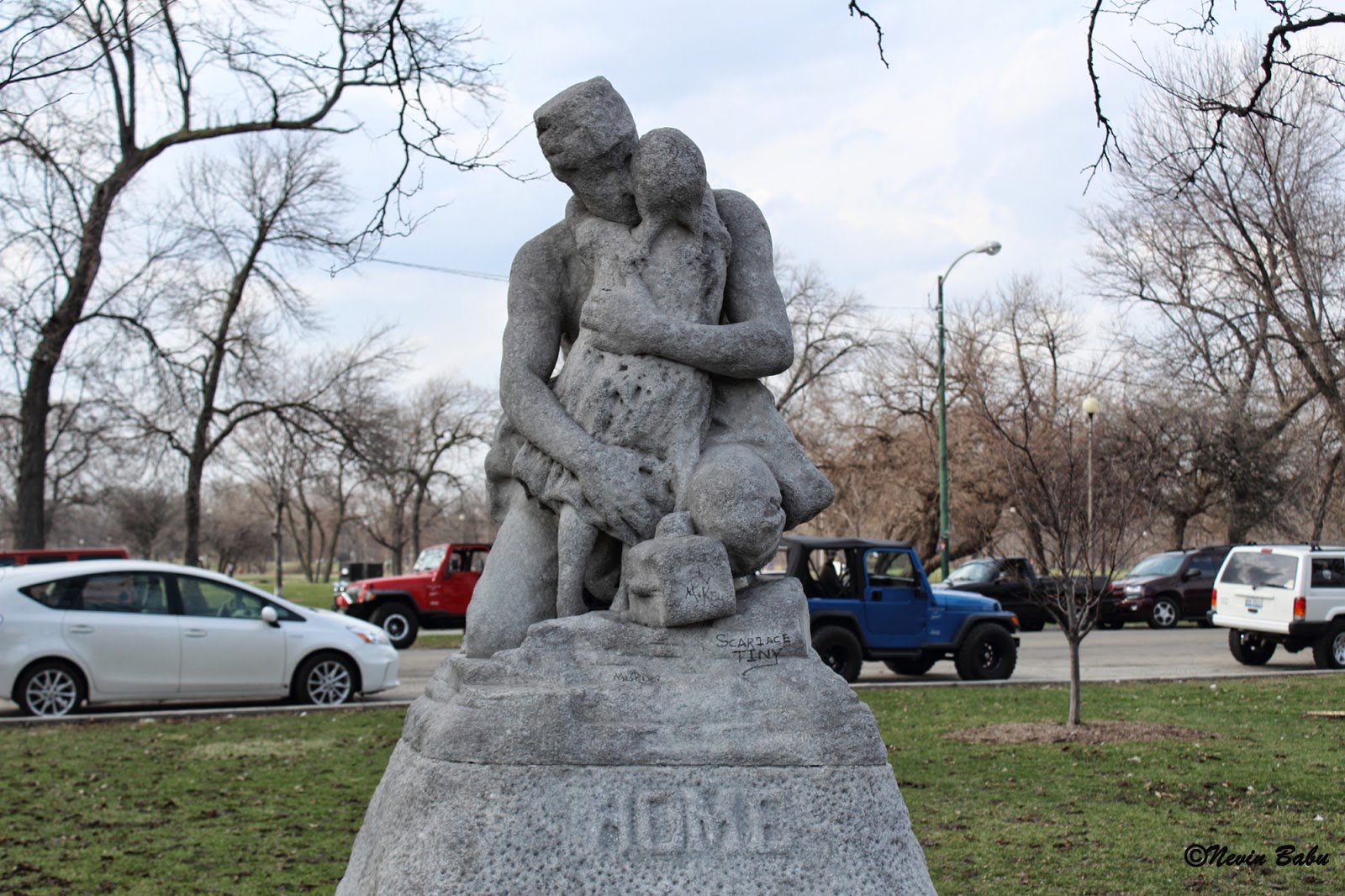 This sculpture, known as Home is located in Humboldt Park, Chicago. It captures the dignity of the American workingman. The sculpture depicts a coal miner as he tenderly embraces his daughter after returning from a hard day of work. This was sculpted by Charles J. Mulligan (1866–1916), an Irish immigrant who settled in Chicago in 1885. He was known for conveying a sense of humanism through his artworks.

Unfortunately, Chicago’s freeze-thaw cycle and graffiti removal have taken their toll on Home and the integrity of the marble artwork has been greatly compromised.

This post is for A TO Z Challenge, where there will be a post every day in April except Sundays corresponding to each letter of the alphabet.
#POST8 #H