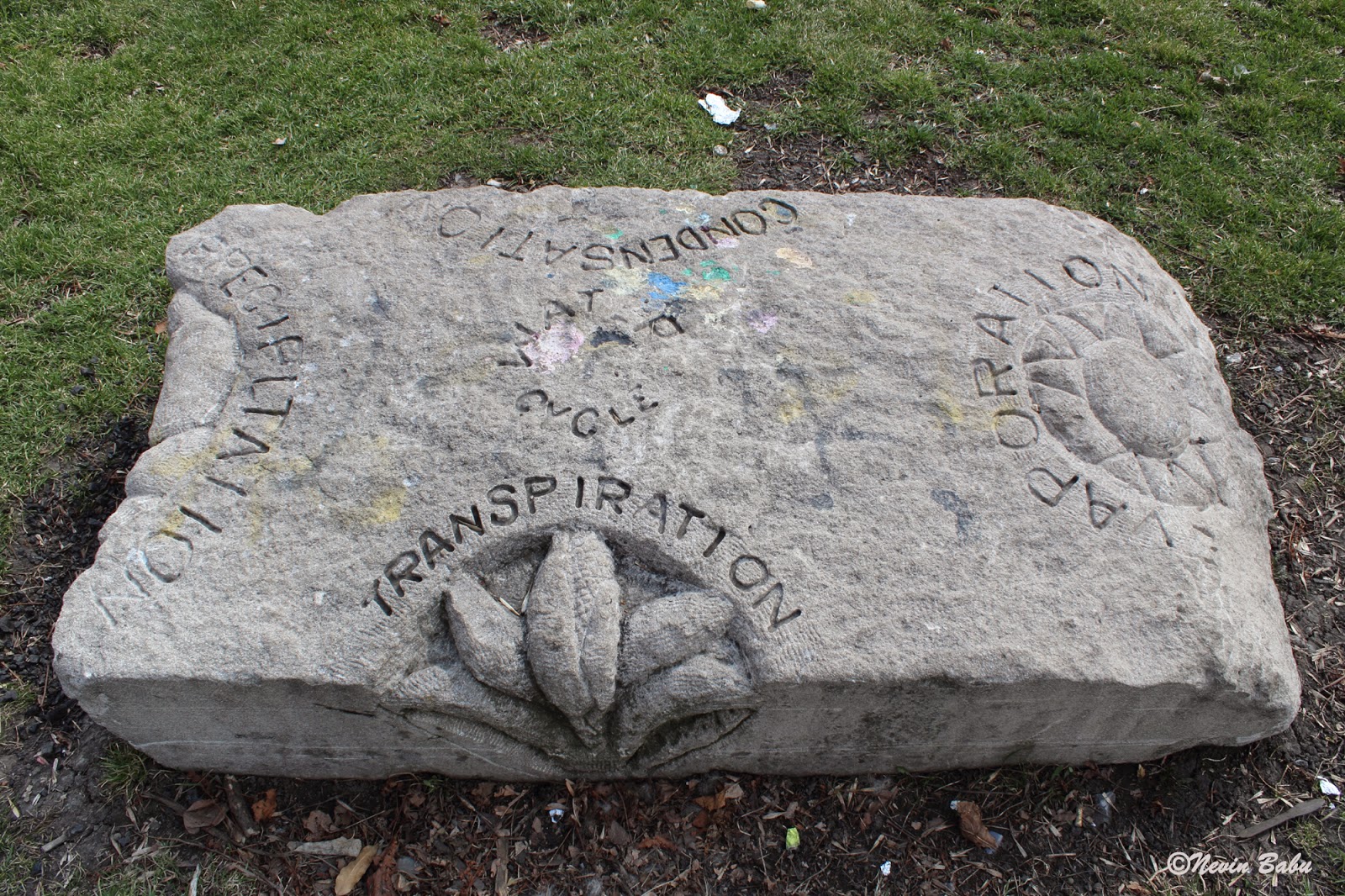 In 1999, teenagers involved in a Chicago Park District program known as the Junior Earth Team (JETS) spent several months learning about nature in Humboldt Park. The JETS developed an interpretive trail and provided sculptor Roman Villarreal with notes and sketches for a series of artworks. The project was made possible by a Joyce Foundation Grant and limestone donated by a quarry in Indiana. Villarreal produced three carved artworks that are scattered and remain relatively hidden throughout the park. The three pieces relate to the theme of air, water, and earth. This picture shows one of the three in the Interpreting Nature artworks.

This post is for A TO Z Challenge, where there will be a post every day in April except Sundays corresponding to each letter of the alphabet.
#POST9 #I