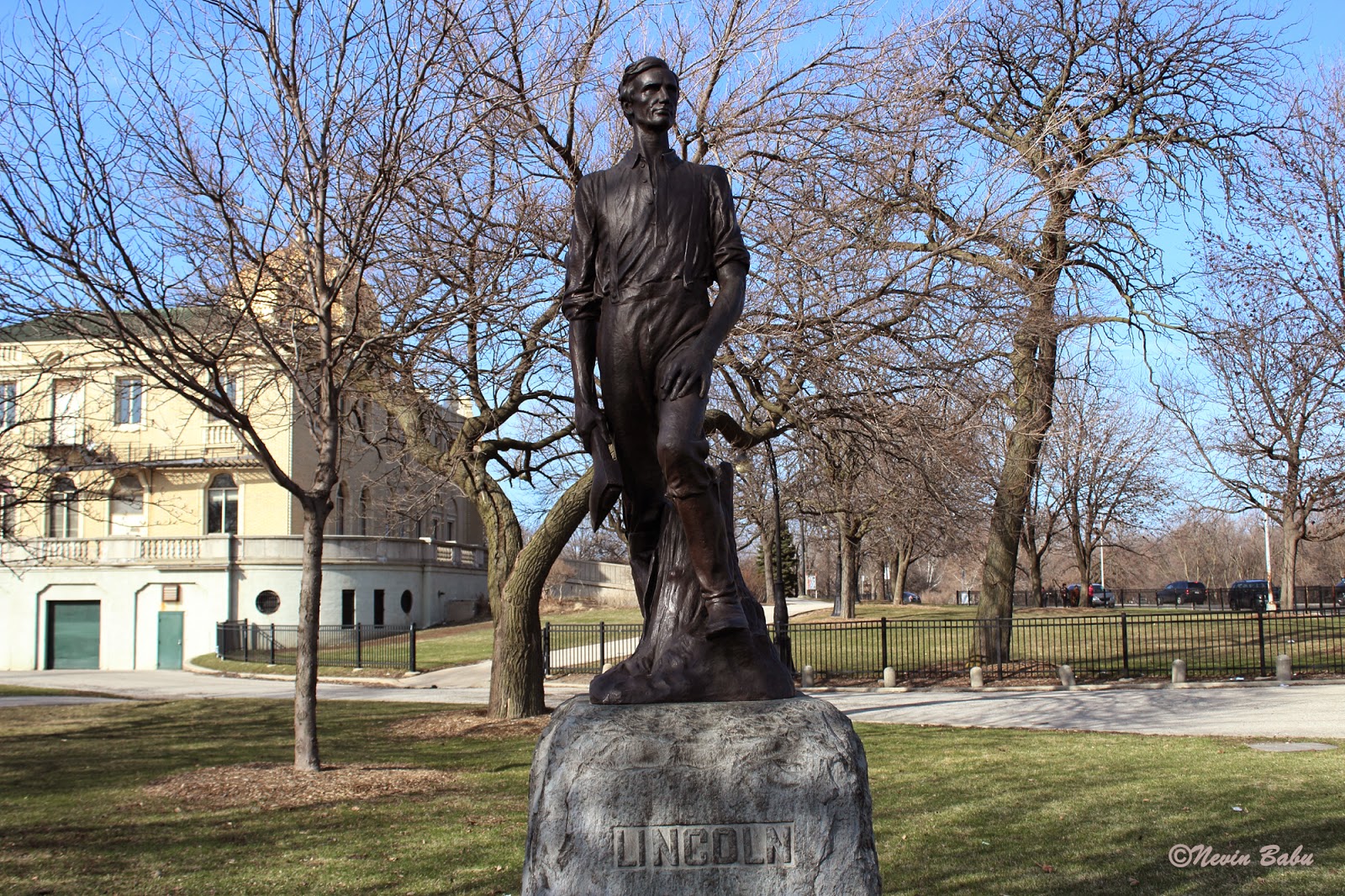 Lincoln the Rail-splitter sculpture is located in Garfield Park, Chicago. It was sculpted by Charles J. Mulligan(1866- 1916), an Irish immigrant. Mulligan wanted his Garfield Park sculpture to portray the martyred president’s humble beginnings in New Salem, Illinois where he held various odd jobs, even working as a rail-splitter for a brief period of time. The temporary version of this humanistic depiction of Lincoln was so well-received that the West Park Commissioners had it recast in bronze in 1911. An article which came out two years later described this as “a truthful portrait of the man at the most picturesque point in his career.”

This post is for A TO Z Challenge, where there will be a post every day in April except Sundays corresponding to each letter of the alphabet.
#POST12 #L