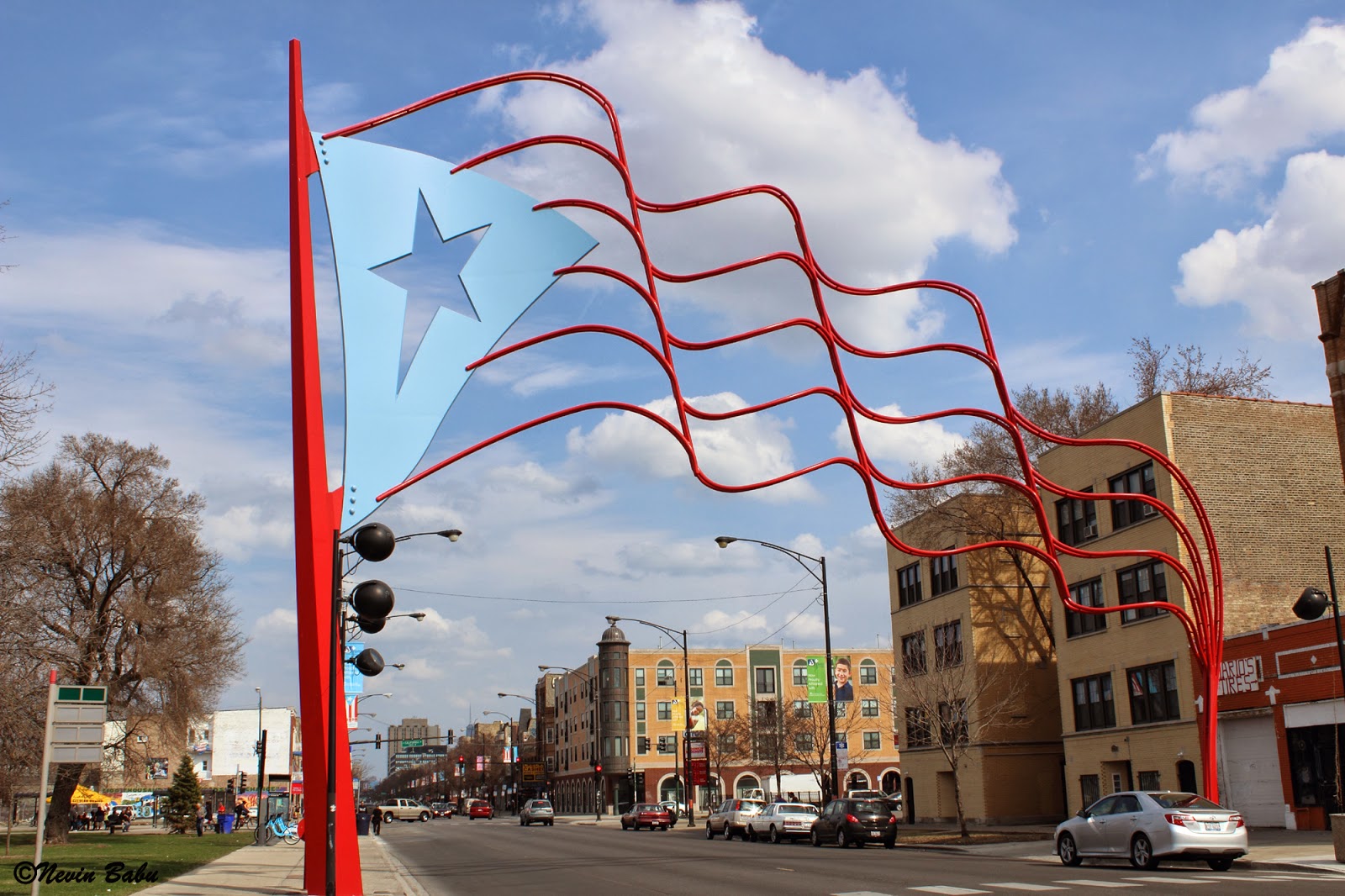 This picture shows one of the huge Peurto rican flag sculpture located near Humboldt Park. Known as “Paseo Boricua”, the six block portion of Division Street, Chicago between two large steel sculpture-reproductions of the Puerto Rican flag has become a leading center for Puerto Rican culture, food, business and politics in the United States. Each flag weighs 45 tons, measures 56’ high, andforms a 59’ arch from one side of the street to the other. They are made out of steel and steel pipeline welded together.

The flags were made out of steel to honor the first wave of Puerto Rican immigrants who established themselves in Chicago and the Midwest to work for its steel industry in the mid 1940s. To honor this legacy Alderman Billy Ocasio, Congressman Luis Gutierrez and Mayor Richard M. Daley had two 59-foot Puerto Rican flags constructed. The flags were dedicated to the community on January 6th of 1995 which is also Three Kings Day.

Since its dedication in 1995, the flags have won seven awards including the prestigious “Building of the Year Award” by the American Institute of Architecture. Each flag currently represents the largest monument to a flag in the world and the largest flag not made of cloth.

This post is for A TO Z Challenge, where there will be a post every day in April except Sundays corresponding to each letter of the alphabet.
#POST16 #P