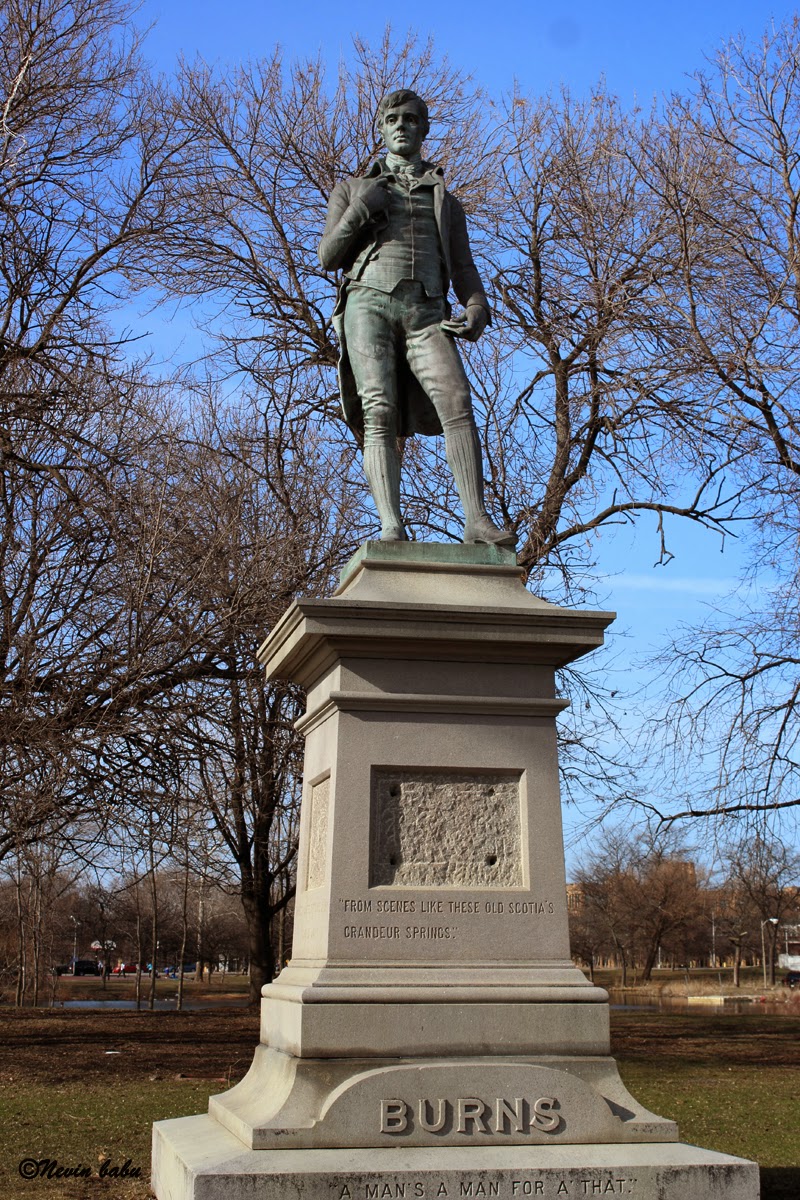 Robert Burns Memorial is located in Garfield Park, Chicago. The monument honors Scotland’s most revered poet who is best known as the author of the lyrics to “Auld Lang Syne.” Robert Burns (1759-1796) was born near Ayr, Scotland. While working as a laborer and farmer, he began writing poems and song lyrics that brought him international acclaim.
SCULPTOR: William Grant Stevenson. INSTALLED: 1906

This post is for A TO Z Challenge, where there will be a post every day in April except Sundays corresponding to each letter of the alphabet.
#POST18 #R