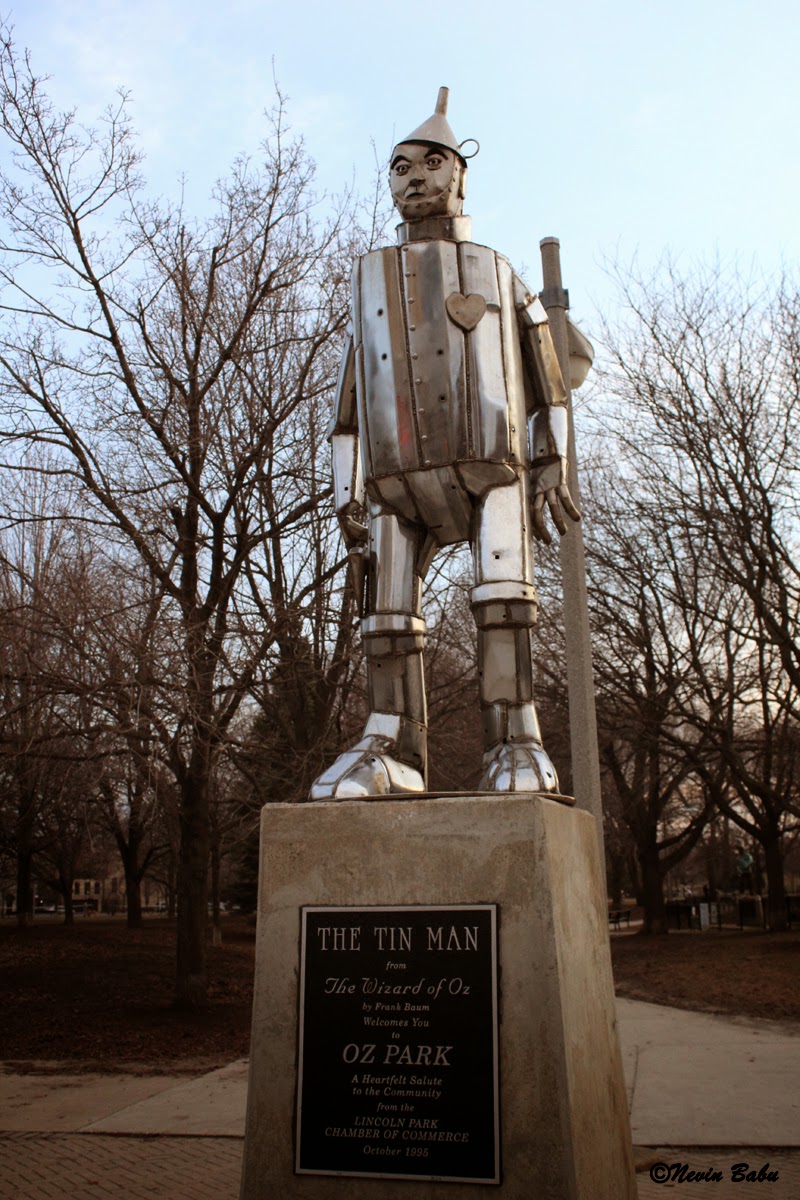 The Tin Man sculpture was installed in Oz Park, Chicago in 1995. Tin Man is one of the beloved characters from the novel, The Wonderful Wizard of Oz, written by L. Frank Baum (1856–1919) in 1900, when he lived in Chicago. The story was immortalized by the MGM movie The Wizard of Oz in 1939.

The sculpture’s plaque reads: “The Tin Man from the Wizard of Oz by Frank Baum welcomes you to Oz Park. A heartfelt salute to the community from the Lincoln Park Chamber of Commerce, October, 1995.”
SCULPTOR: John Kearney

This post is for A TO Z Challenge, where there will be a post every day in April except Sundays corresponding to each letter of the alphabet.
#POST20 #T