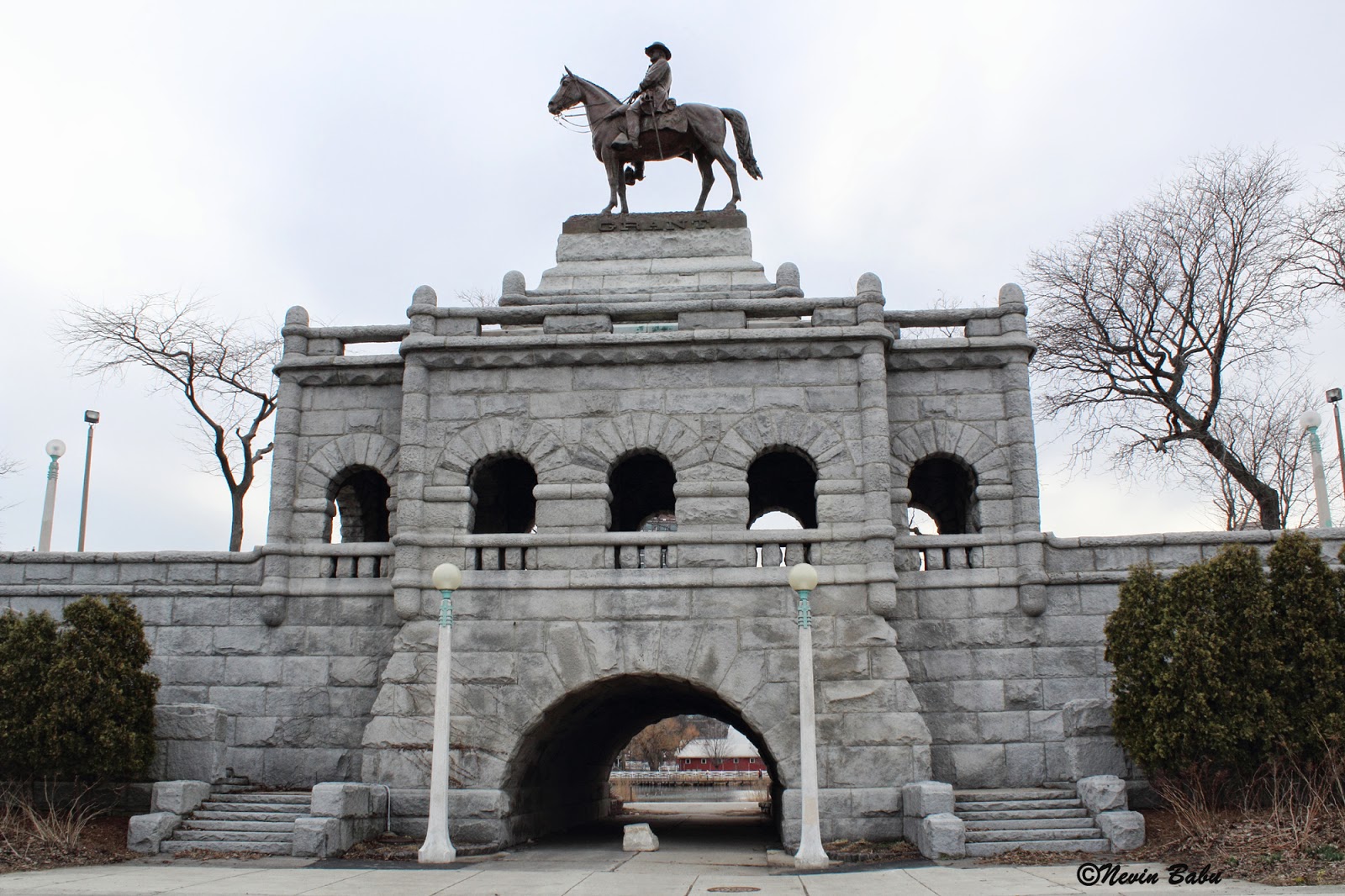 Ulysses S. Grant (1822–1885) is the Civil War hero and two-term President of the United States. He is memorialized with this equestrian bronze sculpture which stands on a massive arched base of rusticated stone in Lincoln Park, Chicago. After bringing the Civil War to a close in 1865 as commander of the entire Union army, Grant was elected president in 1869 without having had any prior political experience. The American people had great reverence for the famous general from Illinois.

Sculptor Louis T. Rebisso produced an eighteen-foot-tall equestrian bronze statue of Grant above an elegant version of the arched structure and was dedicated in 1891.

This post is for A TO Z Challenge, where there will be a post every day in April except Sundays corresponding to each letter of the alphabet.
#POST21 #U