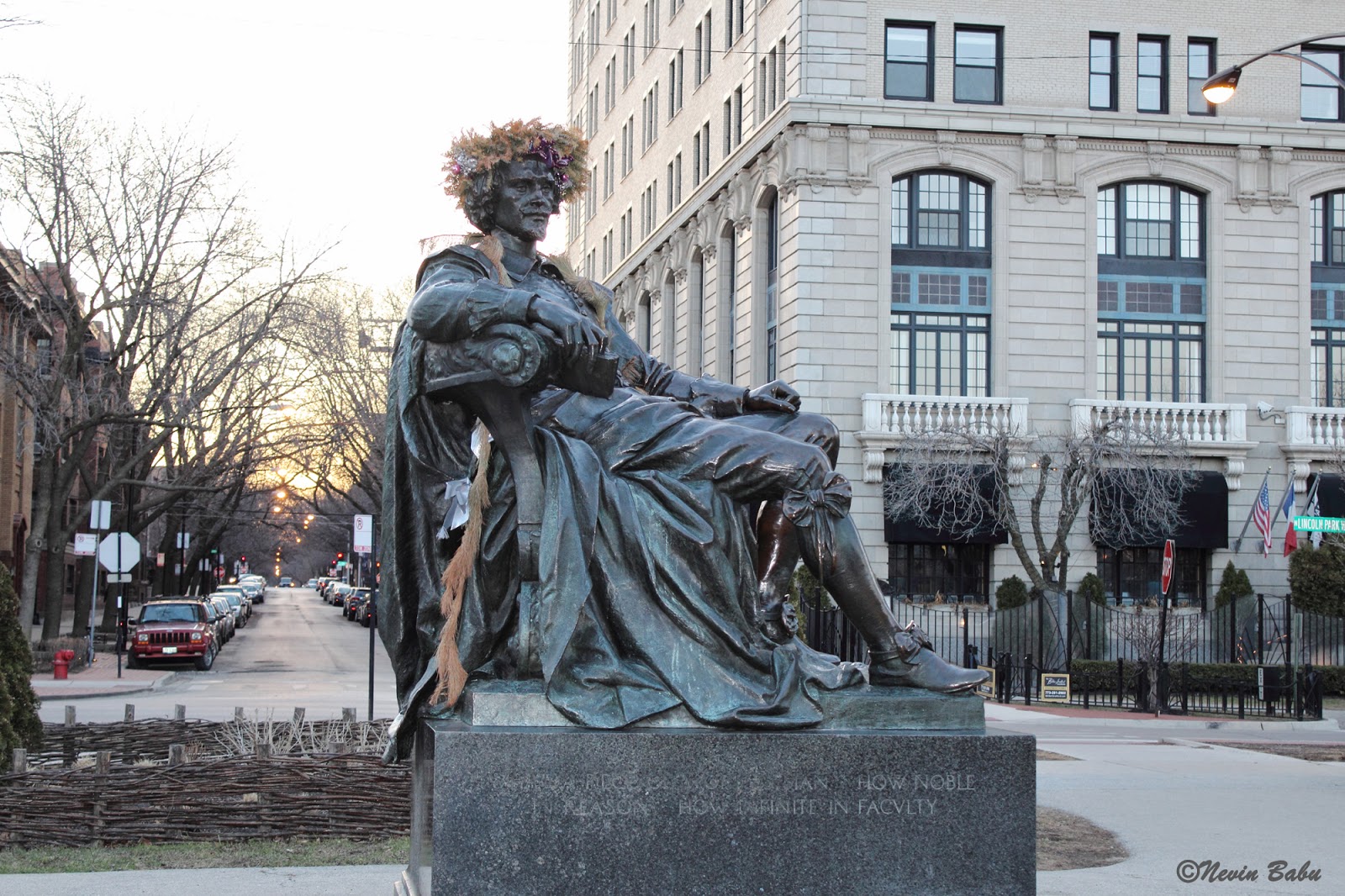 When Samuel Johnston, a successful north side businessman, died in 1886, he left a sizeable gift in his will for several charities as well as money for a memorial to William Shakespeare in Lincoln Park. A competition was held to select a sculptor. The winner was a Columbia University graduate, William Ordway Partridge (1861–1930), who had studied sculpture in France and Italy after a short stint as an actor.

The William Shakespeare Monument was fully conserved in the late 1980s and it has received several smaller treatments since that time. This sculpture is one of the first to depict Shakespeare in authentic clothing.

This post is for A TO Z Challenge, where there will be a post every day in April except Sundays corresponding to each letter of the alphabet.
#POST23 #W