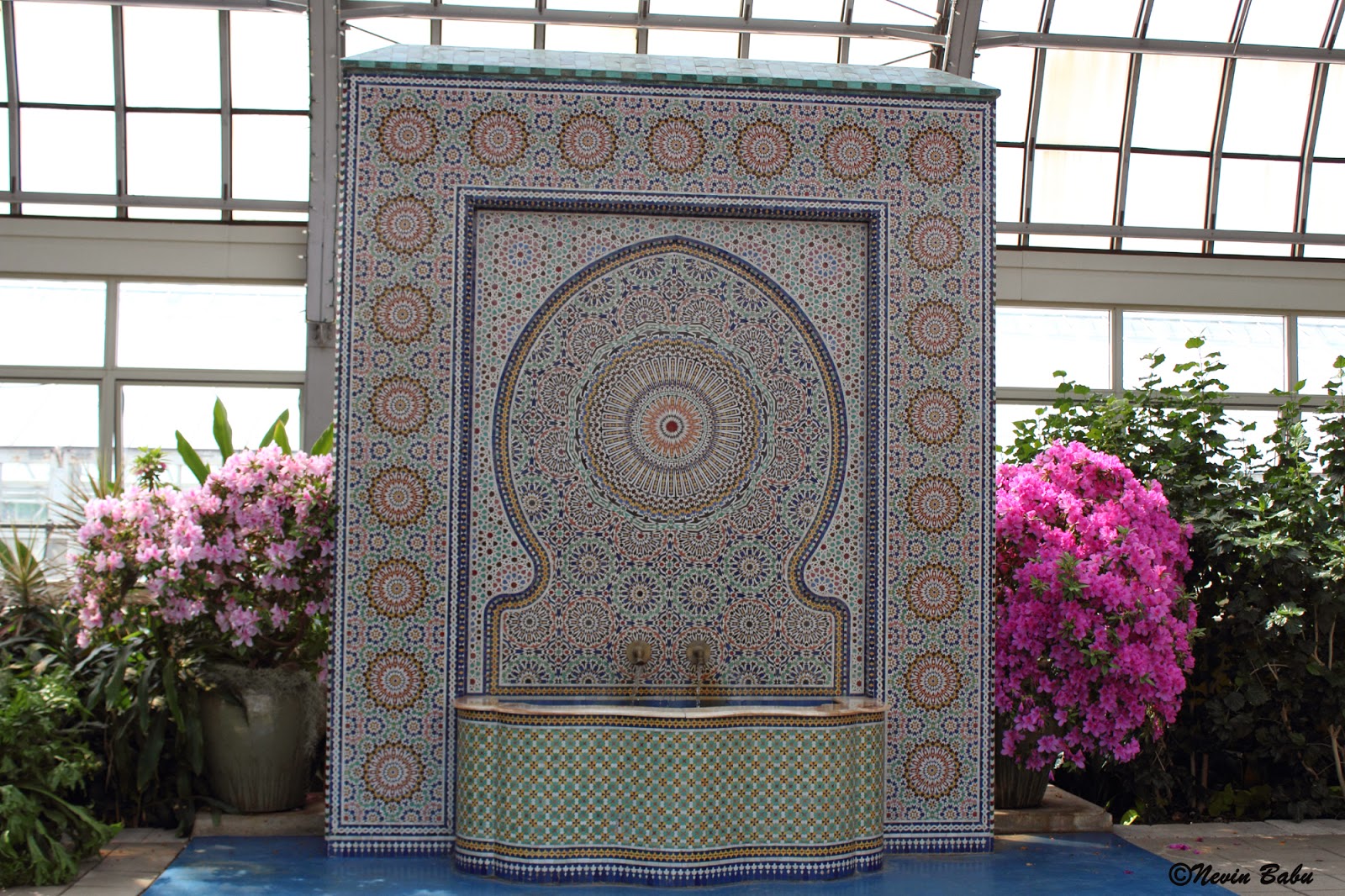 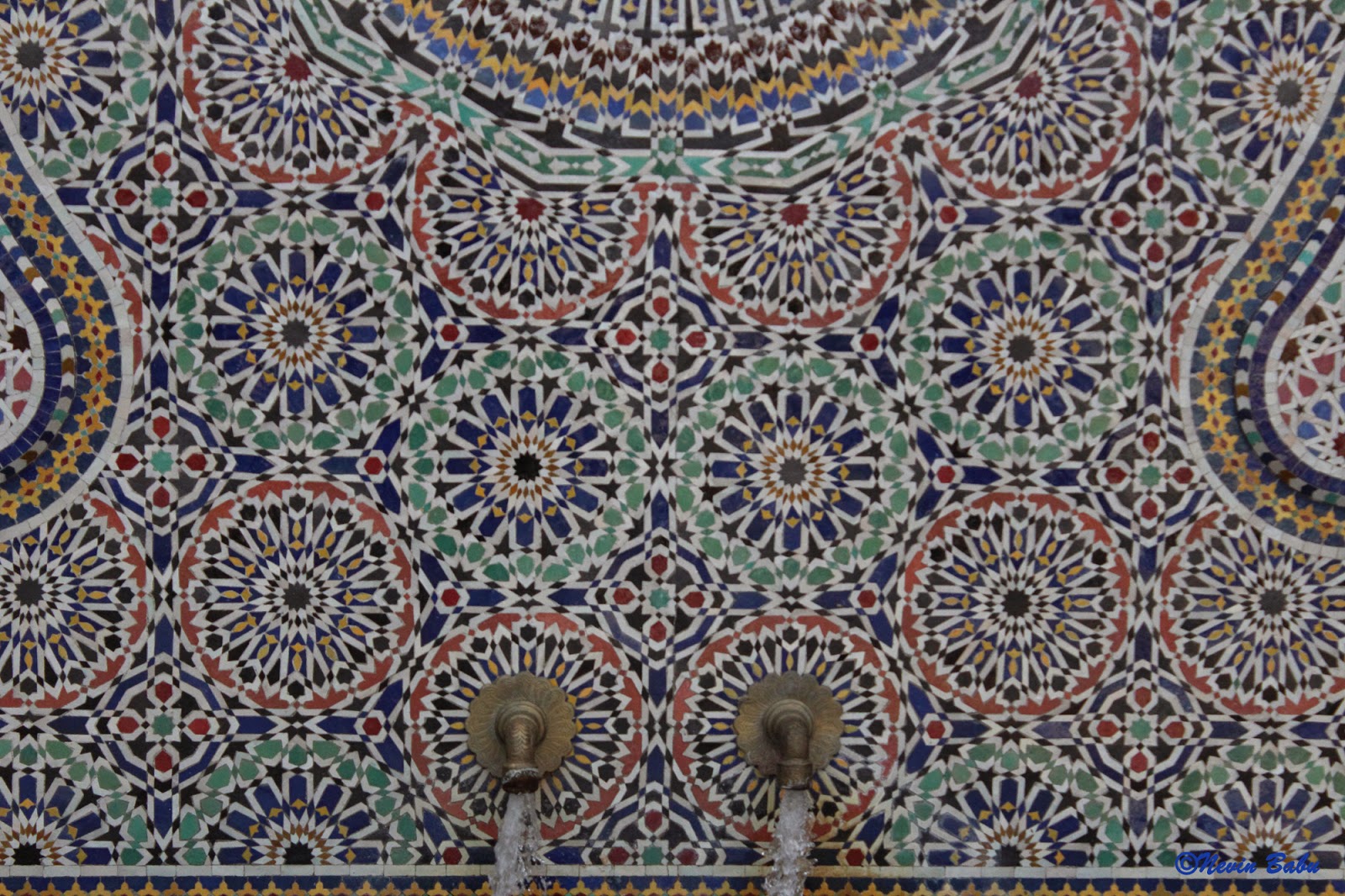 Moroccan artisans Said Ben Adiba, Hassan Jemghili, and Jawad Rizki created this fountain for the Garfield Park Conservatory, Chicago in 2003. The piece was a gift from the Chicago Casablanca Sister City Committee and Le Cedre School in Casablanca, Morocco. It represents a traditional eleventh century Moorish technique in which handmade terra cotta tiles called “zellij” are cut and arranged. More than a thousand years later, Spaniards and North Africans continued to appreciate this technique in both indoor and outdoor locations for its beauty and ability to withstand variable weather conditions.

This post is for A TO Z Challenge, where there will be a post every day in April except Sundays corresponding to each letter of the alphabet.
#POST26 #Z