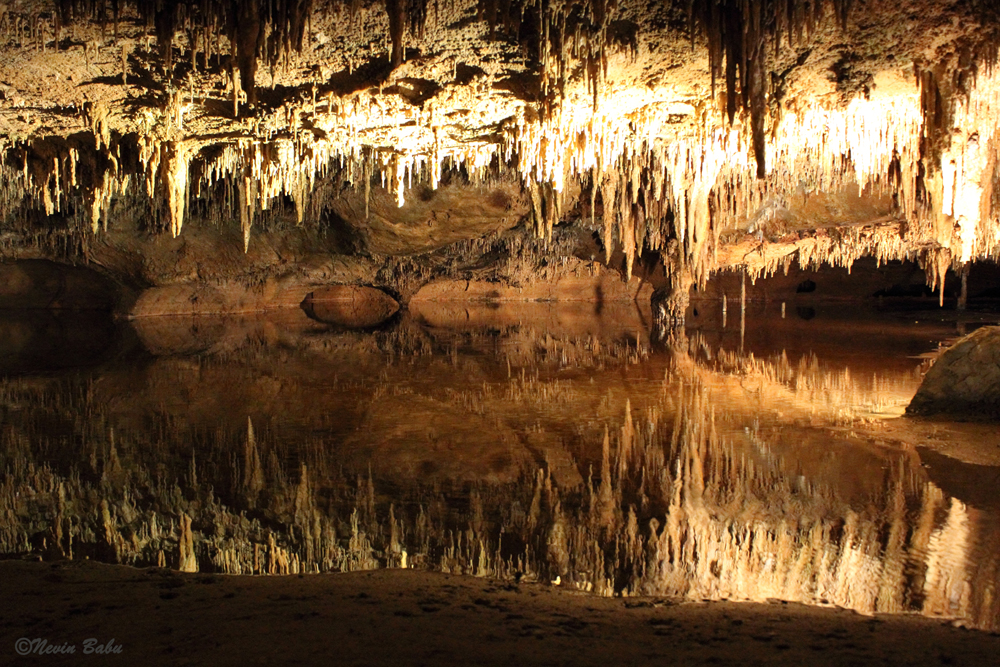 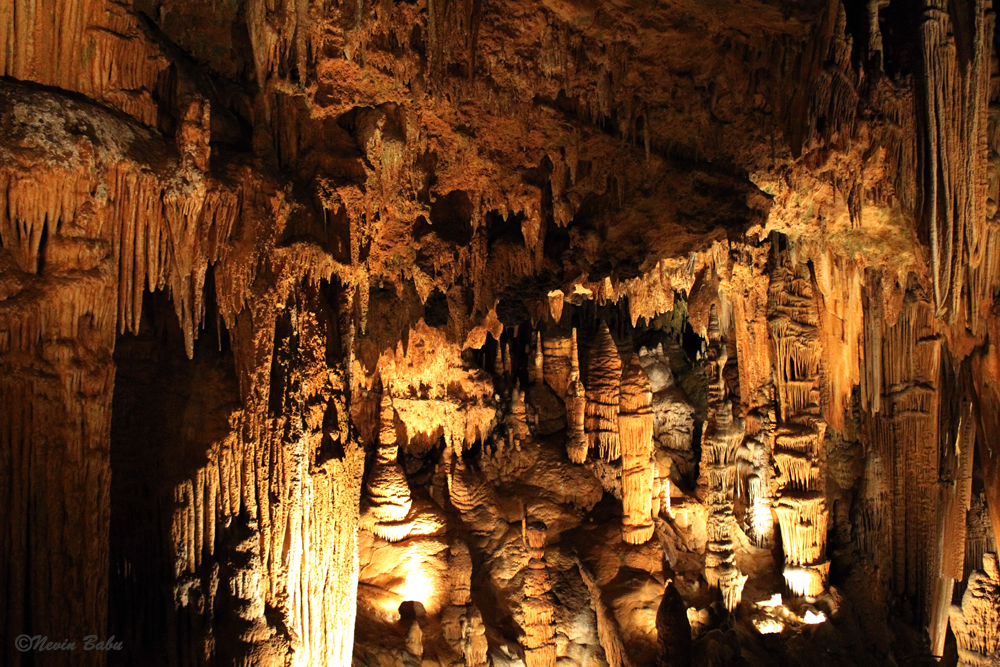 As with other limestone or "solution" caves, formations at Luray Caverns result from a solution of calcium carbonate giving up some of its carbon dioxide, thus allowing a precipitation of lime to form. This precipitation begins as a thin deposit ring of crystallized calcite, but continues to collect, creating stalactites and other types of dripstone and flowstone. Formations at Luray Caverns are white in color if the calcium carbonate is in its pure form. Other colors reflect impurities in the calcite resulting from elements absorbed from the soil or rock layers: reds and yellows due to iron and iron-stained clays; black from manganese dioxide; blues and greens from solutions of copper compounds. Luray Caverns remains an active cave where new formation deposits accumulate at the rate of about one cubic inch every 120 years.

The first picture shows a spring of water called Dream Lake that has an almost mirror-like appearance. Stalactites (tapering structure hanging from the roof of the cave) are reflected in the water making them appear to be stalagmites (tapering column rising from the floor of the cave). This illusion is often so convincing that people are unable to see the real bottom.
Posted by Nevin at Tuesday, June 10, 2014