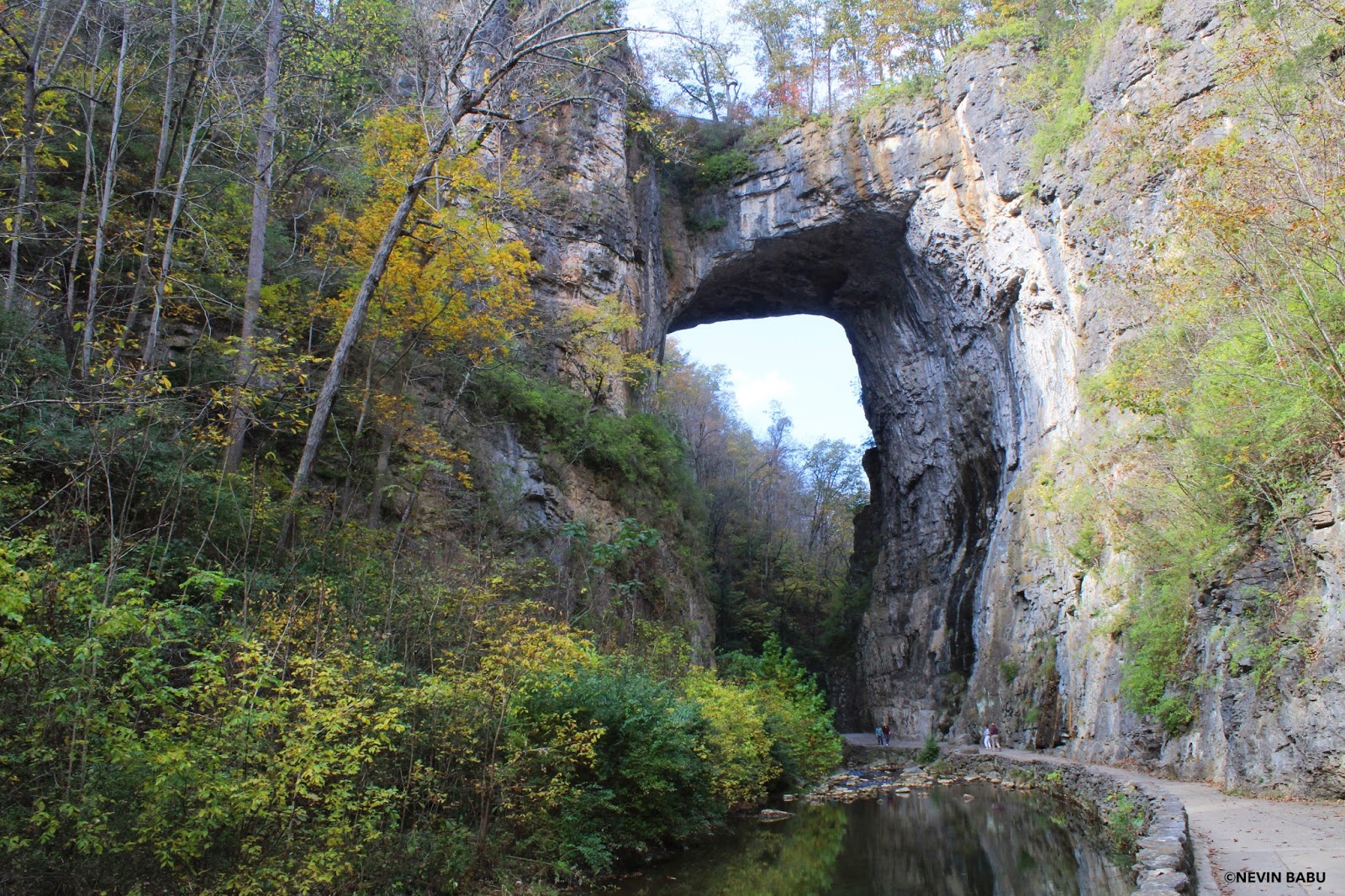 Natural Bridge is a geological formation in Rockbridge County, Virginia. Natural Bridge is a remnant of a cave roof that collapsed. It is believed to have been formed when Cedar Creek (a small tributary of the James River) has carved out a gorge in the mountainous limestone terrain, forming a natural arch 215 ft (65.532 m) high with a span of 90 ft (27.432 m).

The Natural Bridge was a sacred site of the Native American Monacan tribe. Monacans are an eastern Siouan nation that has occupied Virginia for up to 10,000 years.

There is a myth about the bridge formation. The Monacan men, women and children ran desperately through the forest, chased by a much larger band of enemy warriors. Suddenly they came to a deep, wide chasm. There was no way across, and the enemy was closing in. All seemed lost. They closed their eyes and prayed.

The Monacans opened their eyes to a narrow bridge of rock across the gorge. The braves quickly coaxed the women and children across, then turned to face the enemy. The warriors fought with newfound hope and courage, and the enemy couldn't at all attack at once on the narrow bridge. The Monacans were victorious. They survived. Because this story has been handed down through several generations, the Natural Bridge has been a sacred place for the Monacan people. They call it "Mohomony" meaning "Great Mystery" or the "Bridge of God". 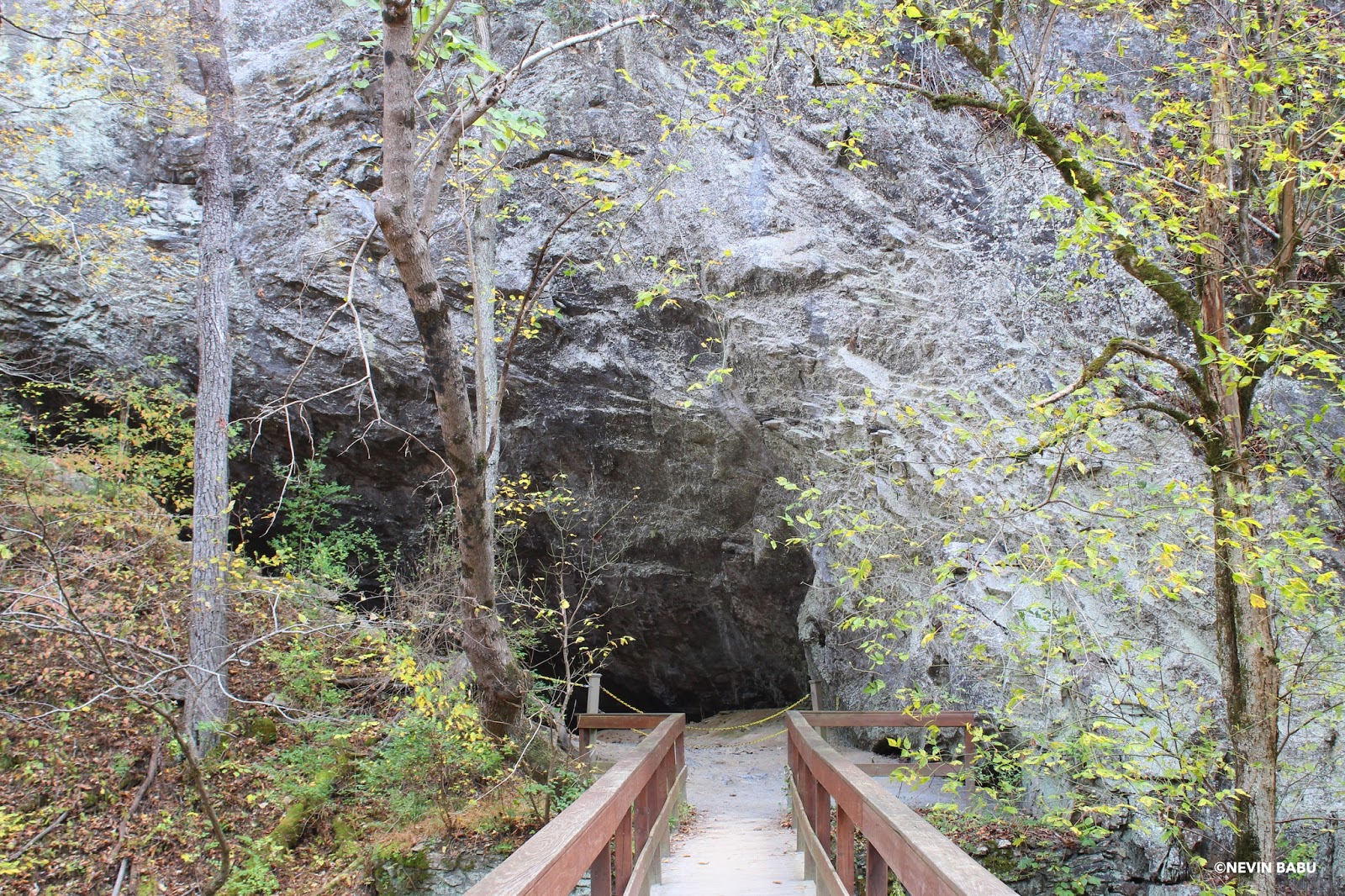 The above picture is a cave in the Natural Bridge park named Saltpeter cave. The cave was formed over many thousands of years through stream erosion. In 1806, Thomas Jefferson, the third president of USA, leased out this rock formation for the excavation of the deposits of potassium nitrate. The potassium nitrate was exhumed from the deposits of bird and bat droppings in the soil and was used to make saltpeter which was used in the production of gun powder.
Posted by Nevin at Thursday, November 03, 2016